What Is The Internet of Things?

If you’re one of the many Americans who aren’t familiar with the phrase, “the Internet of Things,” it basically refers to our increasing line of products that collect and transmit data via the internet. Think smartphones, fitness trackers, smart thermostats, etc.

Once the stuff of sci-fi books and spy comics, gadgets of unsurpassed capabilities and convenience are now at our fingertips.

So how did the IoT get started, and where is it taking us?

If you remember the old Dick Tracy comic strip, you were alive in the days when the Internet of Things settled its first roots in the imaginations and hopes of western citizens.

Just after WWII, a new world was awakening to new realities, and one of the icons of early smart technology appeared on the scene: Dick Tracy’s two-way wrist radio communicator, tucked discreetly in his watch. The first smartwatch.

In the 1960s, the radio watch received a significant upgrade — a miniature TV screen.
And we’ve never looked back.

Both the utility and, frankly, sheer coolness of connected devices drove creative individuals and companies to develop the early ancestors of today’s IoT. Their achievements include:

Layering upon these strokes of genius, people created the technologies we enjoy today. In fact, for almost a decade now, we’ve had more objects connected to the internet than people connected to it.

Some of the most recognizable internet-connected devices today are: 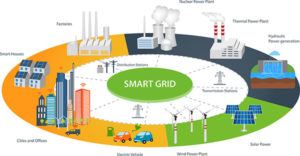 We’re currently enjoying new and improved personal and home IoT devices every year, but we’re also on the cusp of some revolutionary advances that will expand the platform and impact of the IoT.

It’s estimated that by 2020 there will be 75 billion devices connected to the IoT. The market potential is unbelievable, and forecast to reach $267 billion by the same year!

To a smarter future

As we all embrace and change with our technology, Varay is here as a trusted partner to help keep you and your business secure.

Contact us today to set up a free, non-intrusive analysis to check for areas of vulnerability with your smart devices. We look forward to making all of your connections safe and secure.

Our blog provides actionable IT insights that empower you to enhance your company today. Keep up to date with the latest business technology, cybersecurity practices, and more by subscribing below!