Case Study: How Cibolo Nature Center was freed up to focus on their mission through proactive IT improvements.

Cibolo Nature Center for Conservation is a nonprofit organization that promotes education, land stewardship and environmental research in the  Cibolo Creek watershed area of Boerne, TX. It has grown from humble roots to become a leader in conservation — currently serving over 100,000 children, adults, and families per year. Their goal is to inspire a love for preservation and sustainability by providing meaningful, educational experiences to the community so that future generations can also enjoy the beautiful Hill Country of Central Texas

Cibolo Nature Center had been making do with outdated IT equipment and had lost confidence in an unresponsive IT service provider that lacked the expertise to take care of their needs.

Varay carefully assessed Cibolo’s IT needs, made budget-conscious upgrades to their equipment, and took a responsive and proactive approach to their IT management. Their attention, promptness, and expertise allowed Cibolo to have confidence in their service.

Varay brought Cibolo’s technology up-to-date and provided the level of service they needed, freeing them to focus on their mission and expand to a second location.

IT band aids instead of long-term solutions

After “limping along” for years with an unresponsive IT service provider and outdated IT equipment, the staff at Cibolo Center for Conservation were frustrated. Spending hours on the phone trying to get problems resolved by a single technician was the norm. Their provider’s slow response time was starting to take its toll on their productivity and morale. CCC is a growing organization, but their provider was neither meeting their current needs, nor anticipating future growth. “We were in a big need for upgrades and moving into the present day,” says Cibolo’s Office Manager, Cindy. However, Cibolo’s former IT service provider never even suggested any upgrades, so the team was unaware of how outdated and inefficient their IT processes truly were.  “It was bandaids and bandaids and bandaids instead of taking a good, hard look at what was the root cause of the problem,” explains Jennifer, Cibolo’s COO.

Cibolo has a completely outsourced IT department, as their expertise is in conservation and education — not IT. “Neither Cindy nor I are IT people in any way, shape or form,” says Jennifer. Without IT backgrounds, they rely on their provider to bring expertise and quality service to the organization. As Cindy puts it: “It is important — because I don’t have IT experience — that you have confidence in whoever you’re trusting [with your IT]. We’re spending our money to get these things done, so we have to be confident that we will have somebody that will help us.” However, through the provider’s inattention, their trust was broken and confidence was lost.

What propelled Cibolo to switch managed IT service providers

The day that their server went down --— and stayed down — was the final straw. The Cibolo team attempted to contact their provider multiple times, but were unsuccessful. “They knew we were down, and we were stuck. It was very annoying that they couldn’t respond in a proper time frame. We lost hours of efficiency due to our downed servers,” Cindy recalls. Fed up with this lack of service, they decided it was time for a change.

“They seemed to have all their ducks in a row, which is something we hadn’t been experiencing in a while."

After searching on the local Chamber of Commerce website, Jennifer contacted Varay Managed IT Services of El Paso and San Antonio. Immediately, Varay’s expertise and commitment to personal connection were evident. “I think a lot of what we do as a business relates to people and the feel we get besides just the hard data of what they are going to bring to us.” Jennifer says. Jennifer and Cindy felt confident that Varay would be responsive and attentive to their needs and would provide a smooth onboarding process. Patrick answered all of their questions and provided references about Varay’s results with other companies. As Cindy recalls,“They seemed to have all their ducks in a row, which is something we hadn’t been experiencing in a while.” After meeting with Patrick and Steve onsite to get a good feel for their current equipment and to assess their needs, Cibolo was ready to start a relationship. 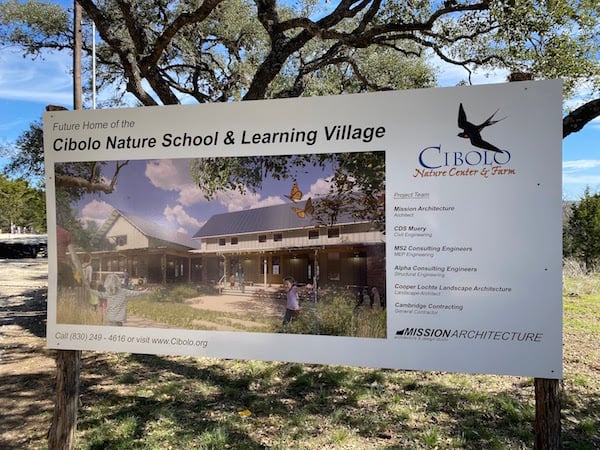 “Now with Varay our Office 365 bill is half of what it was previously, just by having someone paying attention to it. Though Varay might have higher prices, which was a factor Cibolo had to consider as a nonprofit organization, Varay has tried to save us money in the long run.”

How Varay’s proactive IT insights have prepared Cibolo for growth and expansion — even in a pandemic!

Now that they’ve been with Varay for almost a year, there is a night and day difference. Cibolo no longer has to deal with the problem of an unresponsive IT provider. They can now focus solely on their important work of conservation instead of dealing with IT headaches. With multiple technicians who can answer questions and resolve issues, Varay is quick to respond when they call. “If we play ‘stump the IT person’ they’ve beaten us every time,” jokes Cindy. “We’ve known they’re going to be there when we have problems — and we’ve definitely called them when we’ve needed them!” As partners, Cibolo can trust Varay’s expertise in IT. She adds, “Even if we ask something that we think is a stupid question, they never make it feel like it’s a trivial thing.”

And with 24/7 monitoring, Varay can catch issues — sometimes even before anyone else knows there’s a problem.

The up-front cost of IT upgrades is frequently cited as a pain point when going to a managed IT service provider. “Since Cibolo is a nonprofit, we don’t want to spend money unless it is absolutely required,” says Jennifer. She was up-front with Cibolo’s IT budget, and Varay was able to make budget-conscious upgrades to their outdated equipment. As Cindy puts it, “They didn’t try to sell us a Cadillac when we needed a Ford.” They replaced desktop computers with laptops, and transitioned from a VPN to the Cloud. These changes made it possible to continue working through COVID restrictions. “In 2020, Varay got us lined up so that we could work from home. The timing of our IT transition couldn’t have been better,” Cindy remarks.

When Cibolo made the move to the Cloud, they did not yet know they would be expanding to a second location in the near future. Varay’s proactive approach made for a seamless transition that would not have been possible without these upgrades. And while making sure software and licenses were current, Varay discovered that the Nature Center had been unnecessarily spending money on old subscriptions. “Now with Varay our Office 365 bill is half of what it was previously, just by having someone paying attention to it,” Jennifer remarks. Though Varay might have higher prices, which was a factor Cibolo had to consider as a nonprofit organization,” Jennifer states, “Varay has tried to save us money in the long run.”

From the moment Jennifer met with Varay, she realized that they would be a partner her organization could trust. What impacted her the most? Their level of personal connection. “All of the people that work there are real people and talk to us like real people. You can actually be friendly and have conversations.” Now, Cibolo feels confident that their IT service provider is actively looking out for their best interests.

Here at Varay Managed IT Services, we consider ourselves partners with our clients. We take great pride in providing the service and expertise a company needs in order to free them to advance their mission. If you would like to learn more about how Varay can become a trusted partner for your business, contact us today for a free consultation.

Our blog provides actionable IT insights that empower you to enhance your company today. Keep up to date with the latest business technology, cybersecurity practices, and more by subscribing below!